'Tis the season ...... summer time.  The time to get out of the kitchen and get cooking on the grill.  Except I've never been a big fan of grilling.  I'm much more comfortable in the kitchen.  Give me a gas range and oven over charcoal or propane any day.  Oh, I can cook a nice steak, or some sausage & chicken, and of course burgers and dogs, on the grill.  Just not my preference.

My friend Michael, frequent guest here at La Cucina, is the grill master.  He is a carnivore (unlike myself) and can sear a pice of meat with the best of them.  He's been re-discovering the joys of cooking with charcoal this summer.   About a month ago we were talking about grilling and he mentioned that I needed to challenge myself and master the art of grilling.  He oft-handedly mentioned that it would be cool if I could grill pasta, my favorite thing to cook.  The thought intrigued me.  A quick google search didn't come up with much but I did find one site that talked about grilling pasta.  Basically they said to cook it about halfway, toss with olive oil and season then finish on the grill.  Of course you would need something to put on the grill, some kind of mesh.  You can't really throw pasta on a regular grill grate or it would all end up on the bottom of the grill.  As fate would  have it, Sara had bought some grill mats over the winter.  We hadn't used them yet for anything.  They really are the coolest things.  You just lay them over your grates and cook on the flat surface they provide.  You still get the grill marks and grill flavor but you don't get all the gunk on the grill grates and can cook smaller things ..... and pasta.  They aren't very expensive and can be found in most stores nowadays.  I highly recommend picking up some. 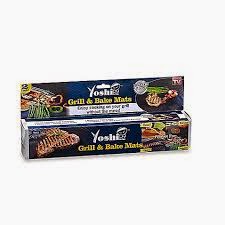 I've tried three times so far.  The first batch was intriguing to say the least.  I cooked the pasta(dry cappellini) about halfway, tossed with olive oil, some garlic oil, seasoned, then threw it all on the grill with chopped parsley.  It was a little too al dente for my tastes but definitely had interesting textures.  The various strands of pasta were all cooked through a little differently.  Some pieces got kind of crispy with burnt ends.  It came out well enough that I was tempted to try again.  The second attempt I thought I would try to cook on the mats after cooking some chicken and sausage and get some of that flavor.  I used buccattini for this batch and cooked it about 2/3 of the way before following the same steps as before.  Cooking it through a little before throwing it on the grill made for a better dish I thought but one issue I found was that were was a little too much liquid and fat, which added flavor but made for some uneven doneness.

This past weekend I tried it again but with fresh pasta (linguine).  Again I cooked it about 2/3 of the way in heavily salted water on the stove top.  After taking it out of the water I put it in a bowl with raw shrimp and seasoned with lemon salt, lemon infused olive oil and a quick squeeze from a lemon.   I added chopped fresh parsley and basil and threw it all on the grill mats.  Let is cook for a few minutes with the cover closed, then tossed and let it go awhile longer while I finished my martini. I cooked it over very low heat this time -  I think I had the burners cranked up a little too high the last couple of tries, which made some of it too crispy without allowing it to cook all the way through.  Needless to say, this was my best batch so far.  I think the fresh pasta and lower grill temp were a step in the right direction.  Texturally it was still very interesting, with some crispy strands.  The shrimp cooking with the pasta on the grill added a hint of brininess. 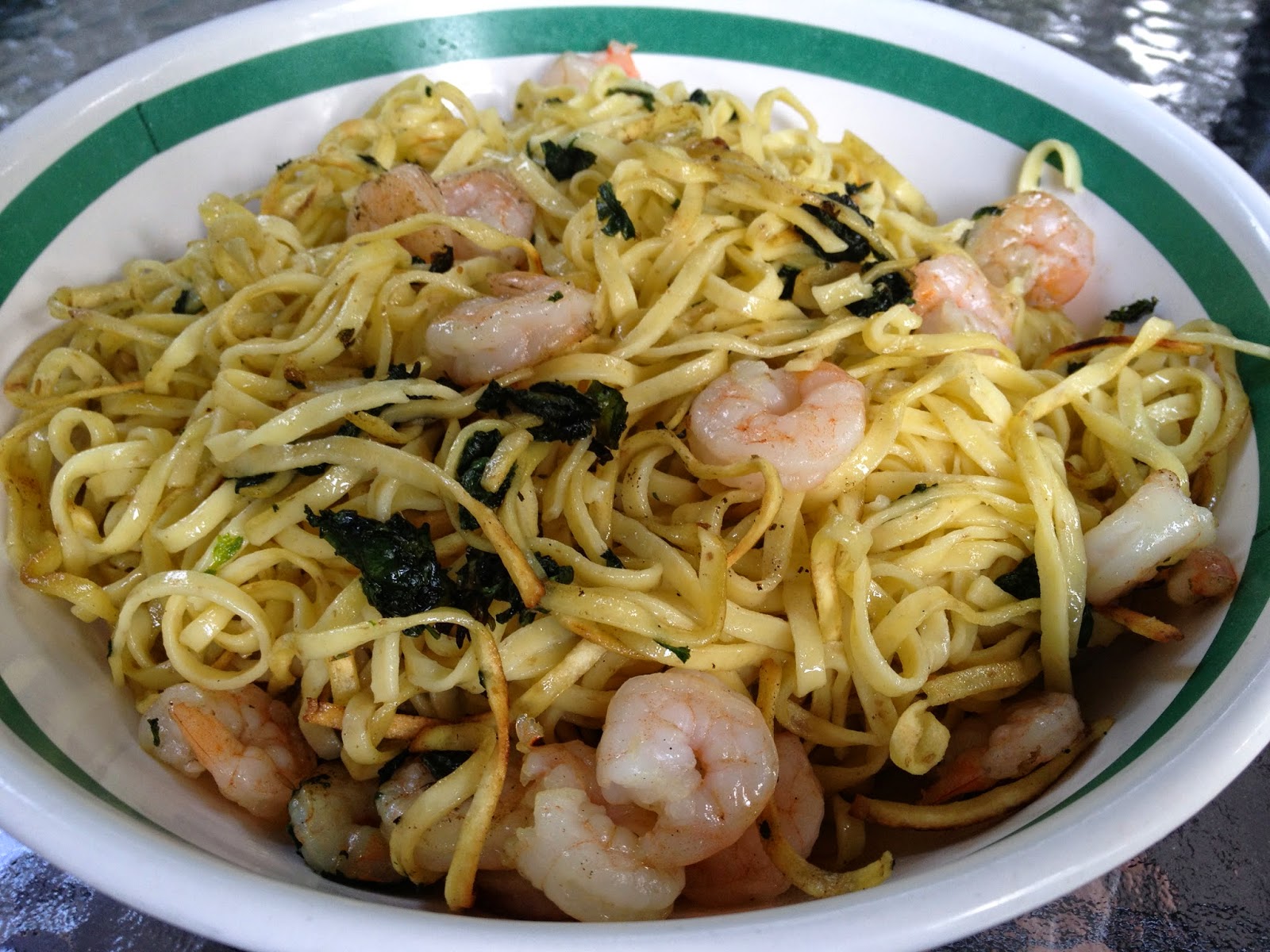 I'm going to keep tinkering until I get this down (and will post a kick-ass recipe at that time).  It is a very interesting way to put a new spin on something I love to cook.  As I've stated before, it is the textures you get with cooking the pasta this way that makes it so interesting.  So now when you come over to La Cucina Castano and I say let's grill, don't be expecting a steak.  It will be pasta, as always.